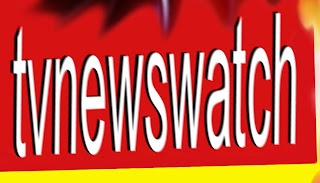 tvnewswatch has been providing commentary, news and critical analysis of daily events since 2005. Initially started as a platform through which to make commentary on broadcast news, tvnewswatch has also provided independent comment and sometimes exclusive news content on a wide range of subjects.During those early days there were no pictures, nor links to news sources, but now every post has a photograph to illustrate the story. tvnewswatch has posted blogs from several countries, most notably China, where despite Internet restrictions a regular service has been maintained. While tvnewswatch has tried to remain impartial, regular readers will be aware that there have been 'comment and opinion' based posts. But in reporting, tvnewswatch has always tried to be factual and present the facts as known.

Started on the 10th April 2005, tvnewswatch has covered the 2005 general election in Britain as well as several local elections. The terrorist attacks in London the same year were extensively covered, as was the ongoing security threats that followed. In October 2006 tvnewswatch posted from China for the first time, reporting on China's anger at North Korea's first atomic test.

In July 2008 tvnewswatch provided first hand accounts when bomb blasts ripped through two buses in Kunming in China's southern Yunnan province. Pre-Olympic coverage was also reported upon after arriving in Beijing in early August. Late 2008 saw the historic electing of America's first black president and tvnewswatch provided in depth commentary and analysis throughout the campaign and right through election night itself. The deepening global recession was also covered extensively from the beginning of 2008 as the first signs of a crisis began to appear. In 2009 as the recession deepened, tvnewswatch travelled once again to China and observed the swift economic changes taking place there.

Throughout 2009 there were a wide range of reports posted focusing on China's National Day celebrations, the widening curbs on the Internet, the Hu Stern arrest, his subsequent trial and conviction, and of course Google's closure of its China based search engine.

In 2010 Britain saw a general election resulting in a coalition government. Meanwhile there was massive disruption to flights around the world after dust filled the air from the Eyjafjallajökull volcano in Iceland.

tvnewswatch also reported on the increased security at airports as body scanners were rolled out amid criticism of accusations of intrusion into privacy. And privacy was the watch word as Facebook and later Google were attacked for their lax policies concerning the use of consumer data. 2011 was the year of revolution and tvnewswatch provided an insight to the attempts to reciprocate the Arab Spring in China as calls went out for a so-called Jasmine Revolution. And as 2012 began tvnewswatch has focused extensively on the continuing economic downturn and domestic issues in Britain.

Having only a small team of contributors, tvnewswatch cannot compete with the likes of CNN, BBC, Sky and major news outlets. The aim is to provide different angles and perspectives on relevant news content. Stories may be light hearted or strike a punch, but the main criteria is that they are relevant, or will have a significant effect on the world.

To complement the main site tvnewswatch has, since 2008, maintained a Twitter feed which is regularly updated with links and commentary as well as Breaking News bulletins. In November 2011 the site was revamped to a neater and updated design incorporating a live Twitter feed and search box enabling users to search the vast archive of articles.

Thank you to all the loyal readers for your comments and input over the years. Also a big thank you to the photographers, bloggers and journalists who have helped make tvnewswatch interesting and informative.

Posted by Newsjunky at 08:09 No comments: